Last year I completed a short course of study offered by the Al-Ghazzali Centre Academy in the Sydney (Australia) suburb of Lakemba. The Al-Gahazzali Centre is an Islamic School, a Madrassa. What we studied was how Muslims are to conduct themselves while relating with people of other religions. The course was called Interreligious Relations: Rules of Engagement. Although the course was taught from an Islamic perspective, people of other faiths were welcome to take part.

I am a Christian. Why did I decide to be a part of this course? A large part of my motivation was that I felt that I had been over exposed to a limited idea of who a Muslim could be. This limited idea comes to us largely through electronic, print and television media. I felt bombarded by news of Al–Qaeda, The Taliban and Jamal Islamia.

For me, connections between Islamic religious fundamentalism and terrorism are reinforced almost daily. The only way to be a Muslim, according to many news accounts, is to be a violent fundamentalist.

Popular media also presents the Qur’an, in the hands of Islamic fundamentalists, as the words of Allah which advocate hostility and suspicion towards people of other religions. In short, there was a need for me to broaden my knowledge of what it means to be a Muslim in Australia today.

What was it like to experience first hand an Islamic approach to other religions?

On the first night of the course I was nervous and curious. Would I be welcomed? What would the Imam of the centre have to say about Christianity? How would he advise his fellow Muslims to regard the Christian in their midst?

On that first night, and on the subsequent nights of the course, I felt welcome. I also felt at peace. This peace, I believe, was the fruit of a common recognition. This recognition was of the One God of wisdom and compassion in our midst.

The Imam of the centre, Afroz Ali, stated that Islam makes it possible for Muslims to offer friendship to someone of another religion while still being faithful to their own religious tradition. The Imam claimed that the Qur’an highlighted this possibility of interfaith friendship – the Qur’an being the very same book that Muslim extremists use to promote violence towards non-Muslims.

For Muslims the Qur’an is central to their faith. Muslims believe that the Qur’an contains only the words given directly by Allah to the Prophet Muhammad. This belief would make what the Qur’an itself says about relations with people of other religions the authoritative word for Muslims.

Imam Ali brought our attention to two pieces of text in the Qur’an that deal specifically with how Muslims are to regard Christians and the Jews. Judaism and Christianity were the only two other major religions that the Prophet Muhammad and his followers encountered during the Prophet’s lifetime. The first text states:

Oh you who believe! Take not the Jews and the Christians as friends, they are but friends to one another. And if any amongst you takes them as friends, then surely he is one of them. Verily, Allah guides not those people who are wrong-doers. (5:51).

This English translation of the Arabic contained in the Qur’an seems definitive. Allah is saying do not be friends with Christians, nor Jews. If you do you are no longer a Muslim having become ‘one of them’ because of your friendship. It seems that interfaith friendship is not possible for the Muslim because the religious integrity of the Muslim will always be compromised.

However there are some important points to note about this verse from the Qur’an. Firstly it is not in Arabic. The point was made that if you read a translation of the Qur’an in any language, then you are in fact not reading the Qur’an. You are reading a translation. This fact is accepted by the majority of Islamic scholars. Sometimes the meaning of a message is lost in the translation. This is a point that Christian biblical scholars can attest to. How many Christians, as we read our English translations of the Bible, assume that the English in front of our eyes is faithful to the original Hebrew, the original Greek?

Secondly, during the course, (and also in a paper called Friendship with Non-Muslims according to the Qur’an), Imam Ali explained that in the above verse the term friends is misleading. In this case the term friends is being used to translate the Arabic word Awliya. The meaning of Awliya in English is akin to ‘subordinate protection’.

Thirdly, during our interfaith relations studies it was also emphasised by Imam Ali that the historic backdrop to the above Qur’anic verse was one of re-occurring hostility and deception towards the Prophet Muhammad and his fellow Muslims. Jews and Christians were seen to be the source of this hostility and deception.

Were all the Jews and Christians of the Prophet Muhammad’s time hostile towards Muslims? A closer look at the original Arabic of 5:51 indicates that not all Jews and Christians were hostile. Study notes given to us by Imam Ali state that the English translation they are but friends (Awliya) to one another can be literally translated from the Arabic as some of them are allies of some others. So the Qur’an is referring to only some Christians and Jews of the time who were hostile and attempting deception.

In light of this hostility and deception, what Muslim would want to make a Jew or a Christian their protector? Perhaps one who was afraid, perhaps one who thought it may be good for business, perhaps one who did not have a genuine commitment to Allah through their practice of Islam.

So this verse in the Qur’an asks Muslims of that time to not enter into a relationship of subordinate protection with some untrustworthy Jews and Christians. This seems fair enough. And the command is still relevant today. Surely anyone, of any religion, who gave up the option of acting from their God-given human equality when relating with people of other religions, would risk their own religious experience being somehow undermined or subordinated to the other or even lost.

What does the Qur’an have to say about the other Jews and Christians who were not attempting to somehow subordinate Muslims during the time of the Prophet Muhammad? Was real friendship a possibility with them?

A second text, given to us during the Intereligious Relations course states:

Perhaps Allah will make friendship between you and those whom you hold as enemies. And Allah has power (over all things), and Allah is Oft-Forgiving, Most Merciful.

Allah does not forbid you to deal justly and kindly with those who fought not against you on account of religion nor drove you out of your homes. Verily, Allah loves those who deal with equity.

It is only as regards those who fought against you on account of religion, and have driven you out of your homes, and helped to drive you out, that Allah forbids you to befriend them. And whosoever will befriend them, then such are the wrong-doers. (60:7-9).

Again we hear in these words a distinction between people who have persecuted Muslims and those who have not. This English translation of the Qur’an states quite obviously that friendship is possible with those who treat the Muslim with respect and Islam with respect. Allah however asks that Muslims not befriend those who have persecuted them. This would only expose them to at least the risk of more persecution. In this English text the word friendship has been used to translate the Arabic Mawaddah. Mawaddah is a word which is used to describe a particular kind of friendship – one that is defined by genuine kindness, care and affection between people.

The guidance of this text from the Qur’an is commendable. It allows the possibility of Mawaddah between Muslims and people of other faiths, assuming that both parties are sincere and respectful.

If say Christians, on the other hand, feel that they cannot risk encounter and possible friendship with a Muslim – or indeed any person of differing religion – what then does this say about their understanding of Christianity?

During the course, as I got to know Muslims as real, everyday people, and as we worked through the Qur’an together, I could sense a new respect for Islam emerging within me. I could see how limited media reports had acted like a subtle rust working their way into my consciousness to shape a prejudiced stereotype of Muslims and how the Qur’an is used by Muslims.

It would seem that many Islamic leaders from around the world are also aware of the damage that this ‘subtle rust’ of stereotype can render – not just to Islam but to the relationship between Muslims and Christians. In October of 2007 the document A Common Word Between Us and You was signed by 138 Islamic leaders and presented to Muslims and Christians. Currently signatories number over 200. It proposes a common bond between Christians and Muslims based on beliefs in the One God and a common invitation from this God to love our neighbour, to act compassionately.

But why even claim that interfaith friendship for the Muslim is possible? Because the implication is that if interfaith encounter and friendship is possible, then peace and understanding between Muslims and people of other faiths is also possible. And as A Common Word Between Us and You attests, if peace and understanding is happening between Muslims and Christians, then it is happening amongst 55% of the world’s population.

While not ignoring the danger that violent misappropriations of Islam pose, we also need to focus our attention on Muslims who want peaceful encounter and dialogue among the world religions, who accept that the Qur’an actually promotes respectful interfaith friendship. And we need to challenge Islamic stereotypes that endanger peace. 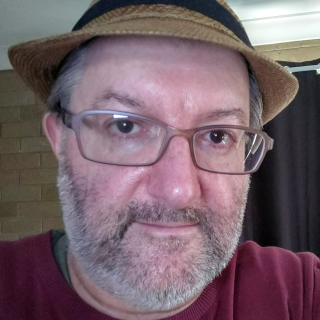