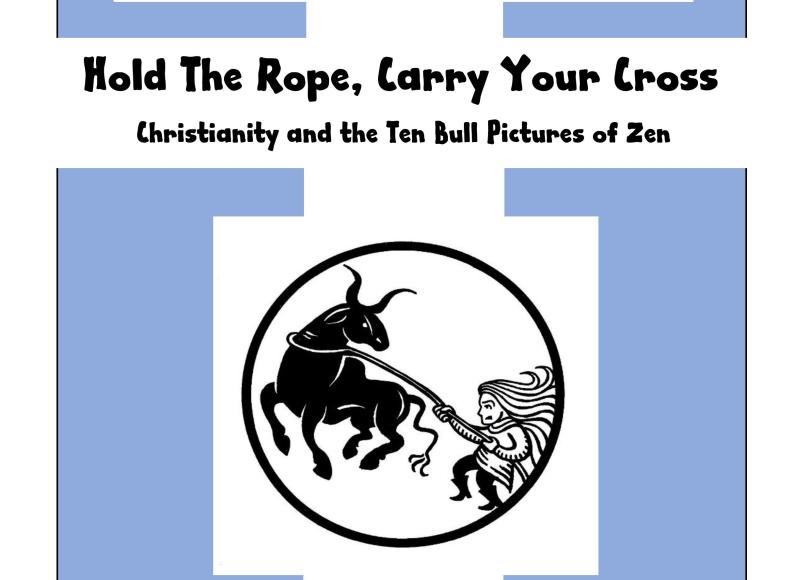 Some of you who follow this blog may have seen some posts that appeared during 2018 exploring the ten ox-herding (or bull) pictures of Zen Buddhism. These pictures were originally produced in the twelfth century in China by Master Kakuan. Through the centuries since, other pictures have been drawn, all in the spirit of the first series done by Kakuan. The pictures are a guide for the human and spiritual journey into Buddhist enlightenment, or deification (for the Christian).

Through 2018 each picture was posted with a kind of verse commentary. The bull pictures are often accompanied by verse and commentary. The pictures used were produced by the Japanese woodblock artist Tomikichiro Tokuriki (1902-2000):

Towards the end of 2018 a plan was made to publish the pictures in book form, with the verse, along with an introduction and glossary. As part of this plan, the ten bulls posts on the blog were removed. Carlos Siqueira, a fellow mediator and illustrator living in Brazil, agreed to do a new rendering of the pictures for the book. Since 2018 the pictures have been completed, as has the introduction and the glossary. The accompanying verse has also been edited.

The plan is to self-publish as an ebook first, and perhaps a paper edition later on. The book’s title will be ‘Hold The Rope, Carry Your Cross: Christianity and the Ten Bull Picturess of Zen.’ All we are waiting on now are a couple more permissions from publishers to use some quotes from other authors.

Laurence Freeman, spiritual director for The World Community for Christian Meditation, has agreed to do a foreword.

It is hoped that we can have the ebook out and available before Christmas. This depends on the timing of publisher permissions. New posts and the home page for Lines From Inbetween will keep all updated.

The plan is for the ebook to be available via IngramSpark (which gives access to Amazon, Apple, Kobo, and B&N). The planned retail price is AUD $8. It will be availalbe globally. It is hoped the lower price will help more to afford the ebook.

What we thought would be good to do here is to provide a kind of ‘ten bulls preview’ for the ebook. What follows, then, is the first picture (as drawn by Carlos) and its accompanying verse. We hope you find something in it.

Why do we search? What are we looking for?

Is there a knowing, however hidden, that something is missing?

But what? Is it happiness? Peace? Meaning? Wholeness? God?

Something is missing, and we can itch with a desire to find; a desire that grasps and tests, that consumes and moves on.

How has this happened?

We live in a divided state, somehow estranged and yet somehow ourselves.

The desire is to find ourselves. But who am I?

Notice the herder: feet pointing one way, head looking the other.

Our head is pointing in the wrong direction. How can we possibly see where we are going?

On we go into the experience of our own division, into the ways in which we live with true nature forgotten.

On this path of life, we live out of habits and attitudes that seem to hinder. We resist people and happenings that could be somehow good for us.

Metanoia: change your mind, turn your head. Be attentive to your feet.

Let the grace in walking be your turning.

The moral right of the authors has been asserted.